Paul Klein is a SupporTED Mentor for TED Fellows.
He has long been an art advocate and proponent for art in Chicago. In 2006 his long-term contributions were acknowledged by the Chicago Society of Artists when he was selected as their 2006 Man of the Year. Paul Klien Gallery burned down at the Great Gallery Fire April 15, 1989. The final days before the fire were ominous. Paul Klein, owner of Klein Gallery, which later became Klein Art Works, doubled his insurance after the smaller fires. Within just a few hours, a colossal blaze decimated a thriving mecca for the Chicago fine arts community. Klein owned and operated Klein Art Works from 1981 to 2004. When he first opened in River North he established the area as a new art center. After his gallery was destroyed by fire in 1989, his pioneering move to River West led to the development of the entire area.

The early morning of April 15, 1989, when a fire broke out in the old Brunswick Balke-Collender factory complex, which constituted the full block of Superior, Orleans, Huron and Sedgwick. Within just a few hours, a colossal blaze had decimated the building, which had in the ’80s become a thriving mecca for the Chicago fine arts community. At the time of the fire, nine galleries occupied the first two floors of the immense six-story structure, which was undergoing renovation. 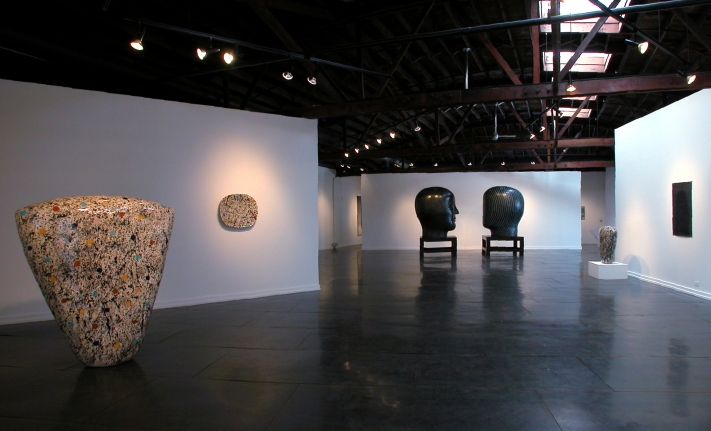 No one was killed or seriously injured in the fire, but everything inside the building was completely destroyed. Although no proper estimate could ever be given, it was said then that $50 million worth of art went up in smoke, making it one of the greatest art losses ever. With thousands of pieces of work turned to ashes, along with most records ascertaining their existence–months and years in the careers of artists were erased in hours.

The final days before the fire were ominous. Paul Klein, owner of Klein Gallery, which later became Klein Art Works, doubled his insurance after the smaller fires. Chuck Emmett, the building’s maintenance man, who had an apartment in the complex, moved out. The April 13 fire had been near his apartment, killing his pet parakeet and sparrow. When the water damage proved to be too much to clean up, Emmett booked a room at the Wacker Hotel. He knew what everyone else would soon know: the building’s fire system–the alarms and the sprinklers–had been shut down months before (Mesirow would later argue that the fire department gave them permission to turn off the system, but it was never determined if this was true).

Klein Artist Works demystifies the the art world and explores specific topics and options for art careers. Artists are then guided and given the tools and information needed to execute on the strategy they develop during the course. They’re also introduced to art experts, along with the growing community of artists who have taken the course, and continue to share knowledge and opportunities.

I just wanted to thank you for the engaging experience you brought to me through your course. The line-up of experts in the many art related fields was packed with information and experience sharing I could not have encountered on my own. You truly have a unique way of helping artists create relationships by sharing all the people you have come to know through your own incredible experience in the art world. I totally enjoyed the course and will miss it on Monday nights. Linda Arreola 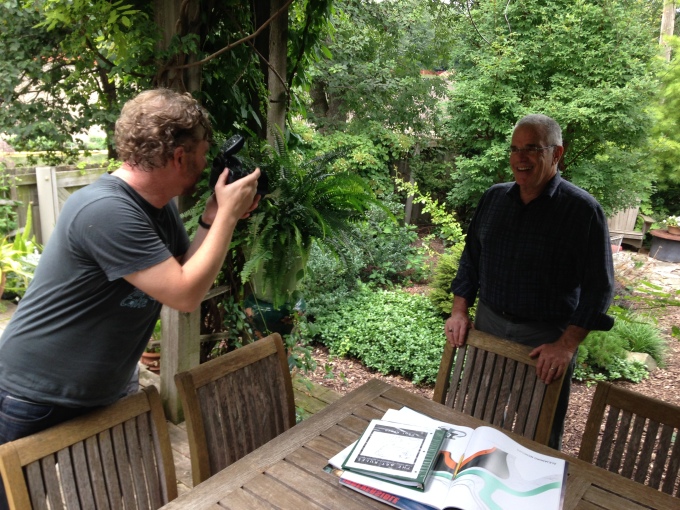 Inspired by our class, I decided I should “show up” at the openings of a few of the galleries I’m truly interested in. At the very first opening I ended up chitttchatting with a Swiss woman who turned out to be a curator – she was currently involved in organizing an event with the New Museum dealing with New York City and all kinds of NY related issues, and somehow she seemed to be familiar with my work. We exchanged cards, and a few days later I sent her a note saying how great it was that we had met, and included the links to two of my projects which I thought would relate to what she was organizing. The next day I received her reply, telling me that although the application deadline had long passed, her team really loved my GREENHOUSE project,  and wanted to include me. Here we go – excited!    Anne-Katrin Spiess

For the past 6 years Klein has championed Chicago by writing and distributing ArtLetter, an online examination of art in Chicago. He is constantly visiting artist studios, galleries and museums; speaking with artists, dealers and museum curators and directors. Like no one else, he knows and understands art in Chicago and beyond.

He was the Managing Director of The Briddge Group in Chicago, the premier Art Succession Planning Group in the country.

Klein was the Art Consultant/Curator for the recently completed 2.3 million square foot expansion of McCormick Place. It was his vision to use solely Chicago and Illinois artists at the new convention center, where all the content of the permanently installed art is Chicago and Illinois specific. 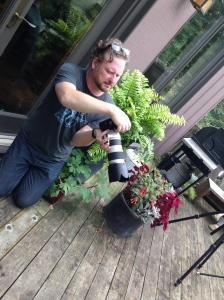 In over 20 years as a leading Chicago art gallery he established friendships with artists, collectors and civic leaders. He has always participated in his community and is highly respected by Chicago artists since the days his numerous survey exhibitions first brought attention to broad and diverse segments of the art community.

In recent years, because of his Chicago focus at McCormick Place and his plain-speaking ArtLetter he has become the go-to guy in the expanding Chicago art scene, advising artists and cultural institutions daily. He lives in Chicago with his wife Amy Crum, and their children.

Paul Klein’s course is totally kick-ass. The combination of practical information and real-life contacts addresses every aspect of creating a successful art career and empowers artists by taking the mystery out of the art world. Michelle Kalman